Thinking of getting a smart home? Here’s what the experts had to say 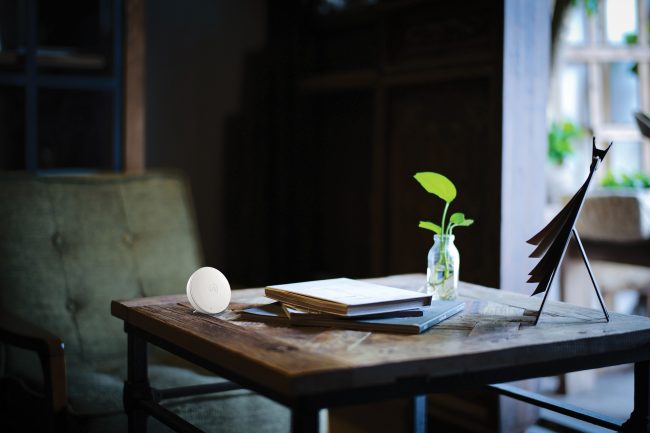 It’s wake-up time on a typical workday. The alarm clock sounds, the lights automatically turn on, the blinds open, the TV comes to life, your favourite music is played and that all-important coffee pot kick-starts a brew.

The temperature of the house is perfect. And when you leave for work, there’s no need for a key. You use your smartphone to lock up. Later, you can monitor security cameras outside your home, also via phone.

Yes, the alluring, utopian, futuristic appeal of a smart home is very strong. Indeed, it’s easy to see why more than a quarter of Canadians are already hooked on the technology.

However, with all the innovations on the market these days it can be difficult for homeowners who are in existing homes to figure out what types of smart technology and products are right for them. Where do you start? How do you convert an existing home? And when should you seek professional help?

“If I get someone who says they want to make their house a smarthouse, we’ll go over there and take a look at the things they want to do and offer them solutions,” explains Chris Stroesser, owner and founder of Sonic Systems in Toronto which builds and installs smart home and automation control systems.

“The only thing about a retrofit is you’re going to have a little bit more limited options because you’re trying to keep everything wireless and you narrow down your choices in terms of what kind of systems you can get. Certain things like lighting control, climate control, heat can all be done quite easily and wirelessly, but if you’re wanting built-in speakers or a camera system, those things would still need some wiring.”

People with existing homes should first determine how far down the rabbit-hole they want to go, says Stroesser, and whether they want to install the technology themselves or have a professional do the work.

“If you’re like, ‘Oh, I want my lights controlled by my phone,’ so you go to Home Depot and you pick up some dimmers and you install them and you get the app and you get them going on your own, that’s great. But then you say, ‘This is cool, I’d like to know more about this.’ So, if you keep buying more gadgets and do it without a plan, you end up spending money on stuff that isn’t going to suit your purposes.”

That’s when a homeowner should turn to a professional, says Stroesser, because an install of smart gadgets can quickly get out of hand.

“Some people want to do things economically, they want to learn, they want to figure it out on their own, that’s great. But others want to have a plan. So talking to somebody like me and at least having a plan can give you a better picture of what you’re getting into and, of course, you have the support of a company.”

Retrofits can range from the basics like a smart thermostat, video doorbell that will send a high-definition video to a smartphone when a visitor knocks, or automated timer and sensor lights and dimmers to an integrated system that connects and controls all compatible automation devices and technologies like an alarm system from on-wall permanent and detachable touchscreen control pads or smartphones.

Boris Besner, president and CEO of Okos Smart Homes Inc. in Montreal, says a do-it-yourselfer should start with a smart thermostat because it’s relatively easy to install and then perhaps move to lights and locks.

“The biggest return on investment money-wise is the thermostat. With a smart thermostat you can expect to save anywhere from 20 to 30 per cent on your electricity bill, so we’re talking a repayment within two years or even less. Depending on the electricity bill you could be saving 50 bucks a month.”

Some of the thermostats have sensors that can detect when somebody is in the house so they can turn on the heat or cooling system, explains Besner.

“You might start with the thermostat for the energy-saving part of it and then you go for the lights. It’s relatively cheap to do lighting all through a place. You can do everything yourself and it’s very practical. You can set up automations also so when you pass through a door frame the light goes on automatically.”

When it comes to installing multiple devices with all the bells and whistles, though, Besner recommends bringing in a professional who can have all the technology run off one hub. Otherwise, homeowners might end up with several different apps and setups to run each individual device which is confusing.

“If you just do-it-yourself you can go to Best Buy and get just one device and that’s perfect and super-easy to do, but once it comes to multiple devices, like when you want to do the blinds and garage door, the locks, the thermostat, and the lights, it becomes overwhelming with too many different companies that aren’t all compatible. There’s so many companies and different apps that people will get lost.

Galen Sheehan, partner and system designer at Oakville Sight & Sound in Oakville, Ont., agrees that existing homeowners should think long and hard about what they want before embarking on a smart technology install.

“The starting point is generally, ‘What would you like the system to accomplish?’” he says, “and then we make a recommendation on whether that client should be looking at a DIY type of solution or a more pro-grade solution.

“You can install DIY solutions which are primarily wireless. These are products that you can buy generally at retailers which are designed for small-scale. They’re relatively plug-and-play and work wirelessly. If someone has an interest and is reasonably tech-savvy, they can typically set those up themselves.”

At the other end of the scale are the professional-grade automation systems, says Sheehan, which are generally more elaborate, can do more, are more scalable and stable and require installation by an authorized dealer.

In either case, it’s important for homeowners to have a well-thought-out plan, he says, because depending on the home a full-retrofit could entail a lot of work.

“If someone is trying a retrofit and they don’t have any wiring in place, they would have to look at getting a system that has more options in terms of wireless connections or they would have to get some wiring run. Depending on the situation, it can be a small project or it can add significantly to the project. They have to just be aware that it might change the budget and how the system is put together.”

Retrofit costs vary according to the amount of work needed but can range from $200 for a DIY thermostat install, to about $2,000 for a DIY install of thermostat and lighting, alarm and security system on a typical two-bedroom home, and up to $100,000 for a larger, more complicated package install.

“I get this question a lot,” says Stroesser of Sonic Systems. “People who have typical four-bedroom houses in Toronto usually spend somewhere between $20,000 and $80,000. People sometimes go crazy and spend a couple of hundred thousand, but in general most of our projects are $20,000 to $80,000.”