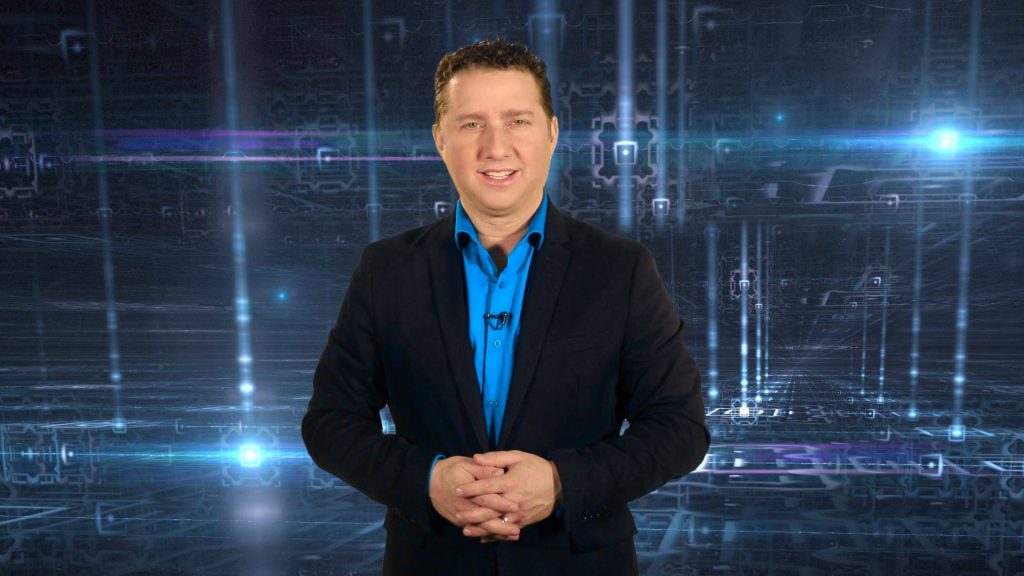 Contrary to popular belief, technology expert Marc Saltzman’s house does not look anything like the Jetsons.

“We are selective about our smart tech — it’s not a one size fits all scenario,” Saltzman said in a recent interview with Smart Homes Canada. “If you walked around my house you wouldn’t think like you’re in the future or anything like that.”

So what does Saltzman — who has made a name for himself as the host of the “Gear Guide” — have in his home? A lot of smart speakers and alarm systems. And, of course, some cool gadgets that he gets to review.

“My wife has discovered this one device that I reviewed and it is a floor mopping robot called the Braava jet m6 from iRobot,” Saltzman says. “You let it go and it cleans your hardwood floors or your tile or what have you and when it’s detecting, that it’s running low on battery, it’ll drive itself back to the base charge itself and then continue the job.

“That is the only robot we have!”

Saltzman recently sat down with Smart Homes Canada to talk about the latest in smart home trends and what the future holds for the industry. To hear the full interview with Saltzman, listen here.

This conversation has been edited for clarity and concision.

Smart Homes Canada: Why do you think the interest in smart homes and smart technologies has taken off in recent years?

Marc Saltzman: Smart home Tech has seen double digit growth year over year, because I think there’s a lot of innovation in that space. Smart home tech has become a lot more affordable and you can buy a smart speaker for like $30 when it’s on sale, so you’re not breaking the bank. A lot of these now all communicate with one another, you could get away with a Google this and an Amazon that and an apple this, and for the most part, a lot of them will work together, you don’t have to stick with one family of devices like it used to be where it was one platform that you had it had to adhere to it now just works. Regardless of the manufacturer or competing companies, they all work with Google smart speakers or Amazon Alexa devices where you can use your voice. It’s a combination of prices dropping and  increased competition that will allow them to all work together to and ease of use.

Another good reason to invest in smart home tech is for security, or peace of mind.  I would argue that since the start of COVID, we’ve seen a lot more demand for things like a smart doorbell that lets you know because we’re ordering online a lot more. We want to see who’s there before we answer it for safety reasons or if somebody you know if there was a porch pirate incident in your neighborhood, you want to make sure that you could see if somebody tried to lift your packages because those cameras start recording, even before they press the doorbell. It’s just a motion so when they get up close to the door, you can have it start recording and push to your phone, even if you’re not there.

SHC: What’s the impact that you see of this pandemic on the tech world, whether it’s home security or other gadgets that you cover?

MS: I haven’t seen any stats yet just because it’s still pretty new. I can’t tell you specifically which categories are selling more than others, I just know that anecdotally, Amazon had told me their ring doorbells are going crazy. You could expect web cameras to be sold out everywhere and they had they have been, but other kinds of cameras as well in and around your home, but Smart Home tech is for when you’re not at home to keep an eye on what’s going on, whether it’s a pet cam, or a nanny cam to see what’s going on inside your house.

What was starting to get popular before COVID were these delivery boxes that you would put on your porch for deliveries. The idea is that you want to reduce the odds of a porch pirate lifting your Amazon package. These boxes started to get popular where courier would walk up to it it would unlock the door when it sends someone, or they had to scan the package like there’s different models, they work a little bit differently but the idea is that it’s a lockbox that you would put a large box in there, close it up, and then you’d be notified on an app when you’re at the office, for example, that a package has been delivered. You may see a video clip of it as well. You have that peace of mind knowing that your package is secure. Those were popular, but not really since COVID because most of us are at home. We’ll just answer the door but video doorbells to prove who it is that is there is becoming popular.

I predict these smart home products will continue to be popular whether we’re home or not but post COVID, we will start seeing these products that let you keep an eye on your home while you’re not there.

SHC: What are some smart products that you think every home owner would benefit from having?

MS: I like the ones that save you money, especially in Ontario we spend a lot on electricity and other utilities. If you find you’re paying a lot for hydro, there are some tech technologies that can help so for one, even though this isn’t really high tech really replace all your lights with LEDs there, the prices have finally dropped, and there’s seasonal rebates as well. So not only do they sip rather than gulp electricity, but they last a lot longer so you’re going to save in that respect. They can last like 20 years, so you don’t have to replace them so often and it’s a double benefit there. You do pay more for LED lights, of course, so just wait for those discounts.

Second thing is Wi-Fi thermostats, whether it’s summer or winter devices like the Google Nest thermostat or the Ecobee family. If you start to go out of the house again to work, it starts analyzing when you’re home, when you’re not and gets to know your schedule and makes tweaks accordingly. You can also override all that and have more control with an app or your voice. So you’ll save money there.

Another thing would be Smart Plugs. A lot of people may not know that even if your appliances are being used and other large electronics, if they’re plugged into the wall, they’re still consuming electricity. It’s called phantom power or vampire power because they are sucking electricity, even though they’re not being used. When you plug in your iPhone every night or your Android phone, it’s probably charged up in about 40 minutes or less, but you keep it plugged in for eight hours in the plug that’s included with your phone. It’s still consuming power, because it’s plugged in, even though it’s not being used, and that can all add up. If you think that you’ve got 100 things plugged into the wall in your home, Smart plugs — which are as low as $25 — plug into the wall, and then you plug whatever you want into it and that can be a Smart Strip, as well, smart power strip not just a single plug. They cost a bit more, but the idea is that you can plug five or six things in there and it gives you more control.

Financial uncertainty in this whole global crisis, it’s not just a health issue, but a financial nightmare as well for many. I like the things that not only add convenience and maybe give you some peace of mind, but also can help you with your costs as well.